School Of Rock to Close At The Gillian Lynne Theatre 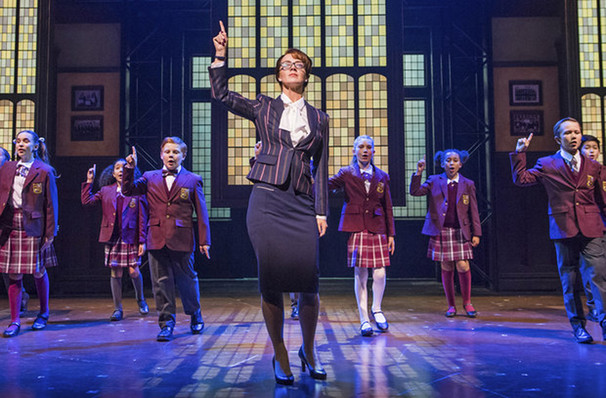 It's time to ROCK one last time!

Andrew Lloyd Webber's School Of Rock has announced that it will be taking its final bow at the Gillian Lynne Theatre on the 1st March 2020. The musical, which is based on the film of the same name, opened at the West End Venue back in 2016.

The announcement comes as Lloyd Webber released details of his next musical project. Cinderella (a brand new re-telling of the classic tale with music by Lloyd Webber) will take up residence at the Gillian Lynne Theatre from 20 September. FIND OUT MORE ABOUT CINDERELLA AND SIGN UP TO OUR TICKET ALERT

Having enjoyed over 1400 performances and being seen by 1.3 million people School Of Rock will embark on a UK tour in 2021!

What is School of Rock About?

Rock star wannabe Dewey Finn is down on his luck. He's just been kicked out of own band No Vacancy for his over enthusiastic on-stage antics, and his landlord is threatening conviction unless he coughs up his overdue rent. Desperate for money, he disguises himself as a substitute music teacher to land a position at a well-to-do prep school.

When he meets his new class, a bunch of smart-talking kids who happen to be more than a little handy when it comes to musical instruments, an idea begins to form. A local Battle of the Bands competition is looming, featuring none other than No Vacancy, and Dewey sees a chance for both revenge and a proper shot at rock stardom!

School Of Rock is now playing at the Gillian Lynne Theatre through to 1 March 2020.

Adapted from the Jack Black movie of the same name, School of Rock follows the bumbling Dewey Finn, the substitute teacher with rock stardom on his mind. When his own efforts to take on the world fail,...more info