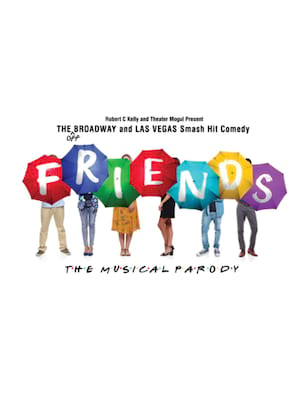 Friends! The Musical Parody is an entertaining trip down memory lane.

Why See Friends! The Musical Parody?

No One Told You Life Was Gonna Be This Way

Ross, Rachel, Phoebe, Chandler, Monica and Joey are back and their madcap adventures are taking to the stage in Friends! The Musical Parody. Enjoying a UK tour throughout 2020, the plucky musical lovingly lampoons the smash-hit TV show, adding in hilarious new songs, a good helping of 90s nostalgia and iconic moments from throughout its 10 seasons.

Presented by Robert C Kelly and Theater Mogul, the production travels across the pond directly from sell-out Off-Broadway and Las Vegas runs. Hitting all the series' major plot points, from the Ross and Rachel saga to Pheobe's pregnancy, special guest appearances and beyond, Friends! The Musical Parody's campy off-kilter pop-rock score stands out thanks to such immortal hits like The Only Coffee Shop In New York, 45 Grove Street - How Can We Afford This Place? and We Were On A Break

Seen Friends! The Musical Parody? Loved it? Hated it?

Sound good to you? Share this page on social media and let your friends know about Friends! The Musical Parody at Richmond Theatre.