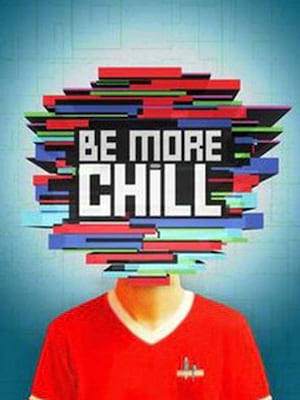 glorious misfit musical for the age of oddballs

Why See Be More Chill?

Following its stellar six-month Broadway run and its UK premiere at the Other Palace, the unassuming musical hit Be More Chill is returning to London! The American cult classic of the last half-decade, Joe Iconis and Joe Tracz's coming of age tuner follows Jeremy as his quest for cool lands him in a whole heap of trouble.

Garnering a Tony nomination for its pop fulled score, which includes tunes like "More Than Survive" and "Two-Player Game", Be More Chill had been bubbling under the surface of the theatre scene since its premiere production in New Jersey back in 2015. Although Broadway's big wigs had seemingly forgotten about the teen musical, America's musical theatre fans didn't, resulting in over one hundred million album streams of the original cast recording! Now with Broadway finally taking notice of the show's fun and poignant storyline, it's time for London to once again get a slice of the action...

WHAT IS BE MORE CHILL ABOUT?

Based on the 2004 novel by Ned Vizzini, Be More Chill tells the story of school loser Jeremy Heere as he strives to become one of the popular kids, by ingesting a pill-sized computer that instructs him in the ways of 'cool'.

Be More Chill is currently being made into a film, how cool is that?!

quirky and fun and leaves you with a great life lesson

As life becomes more frantic and our online connections infinite, it's a no-brainer we have a rise in anxiety levels among the youth, an increase in online bullying, and a never-ending obsession to try the "next best thing".

Seen Be More Chill? Loved it? Hated it?

Sound good to you? Share this page on social media and let your friends know about Be More Chill at Shaftesbury Theatre.