What Did The Critics Think of A Day In The Death of Joe Egg? 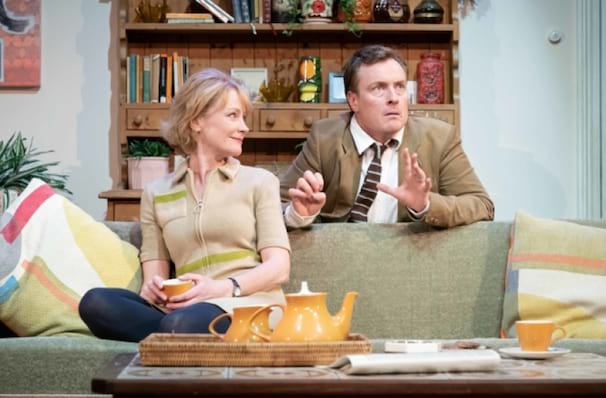 Claire Skinner, Toby Stephens, Storme Toolis and Patricia Hodge star in Peter Nichol's ground-breaking 60s play, A Day in the Death of Joe Egg. With direction by Simon Evans, what did the critics think of this 2019 revival?

The Metro said, "... it is still full of the bravery with which the play made its mark - from tackling a subject that was once taboo, to placing a disabled character (affectingly played by Toolis, who has cerebral palsy) centre stage."

The Stage said, "it is a bold play, rejecting sentimentality at every turn. Some scenes are wrenching, others provocative. Its frankness still feels startling, its psychological acuity and willingness to transgress impressive and, even though it's rooted in its time, particularly in regard to the language it uses, remains resonant."

London Theatre said that A Day in the Death of Joe Egg is "a play and a situation shot through with pain - but also human resilience and love, too."

What is A Day in the Death of Joe Egg about?

Bri and Shelia have spent the last 10 years dedicated to caring for their daughter Josephine who suffers from Cerebral Palsy and is almost entirely brain dead. Regardless, Shelia still strives to give Joe a good life whilst hoping for a remarkable recovery. Bri, on the other hand, is increasingly weary and begins to think of a way to end his family's pain, forever...

A Day in the Death of Joe Egg is now playing at the Trafalgar Studios through to 30 November.

View our show pages for more information about A Day in the Death of Joe Egg, Trafalgar Studios 1.

A Day in the Death of Joe Egg

Toby Stephens and Claire Skinner return to the West End this autumn to star in this brand new revival of Peter Nichol's 1967 black comedy. As married couple Bri and Shelia, Stephens and Skinner navigate...more info