What Did The Critics Think of Revamped Les Miserables?

After 35 years in the West End producer, Cameron Mackintosh decided to shut up shop for six months as Les Miserables moved to the Gielgud for a concert-style version whilst the Sondheim Theatre (formerly the Queen's Theatre) went under some much-needed restoration.

Now the musical is back with a slightly tweaked revamped version which has already become a success across North America and the world. But, what did the critics think?

The Telegraph was full of praise for the production and said that is was "perfect theatre, in a perfect theatre". The Daily Mail was also full of praise for the newly revamped musical saying, "this new 'staging' of one of the world's longest-running musicals remails fit to burst at the seams of the mightiest of stages. Laurence Connor and James Powell's rendition of Boublil and Schonberg's musical reinvention of Victor Hugo's novel is an absolute blinder."

Time Out said "It's been reworked, but 'Les Miserables' is still very much 'Les Miserables', in all its OTT glory". They continued with "'Les Mis' has a towering passion and operatic intensity - not to mention absolutely belting tunes, in gorgeous multi-layered vocal arrangements - that operate on a visceral, gut level."

The Evening Standard praised the productions starry cast with "Carrie Hope Fletcher and Shan Ako deliver show-stopping turns as helpless Fantine and luckless Eponine. Bradley Jaden sings up a storm... as Valjean's nemesis Javert... Ian Hughes, drafted in after two other actors were injured, has a ball as the criminal innkeeper Thenardier."

So it looks like Les Miserables is back and better than ever! See the classic musical for yourself and book your tickets today!

What is Les Miserables about?

Jean Valjean is released from prison after almost 20 years in captivity for stealing a loaf of bread, soon after, he breaks his parole and flees to start a new life free of crime. Eight years later, he has worked hard to give himself a better standing in life. However, none of his endeavours impress his embittered parole-officer - the bloody-minded Javert - who will stop at nothing to see Valjean behind bars once again. 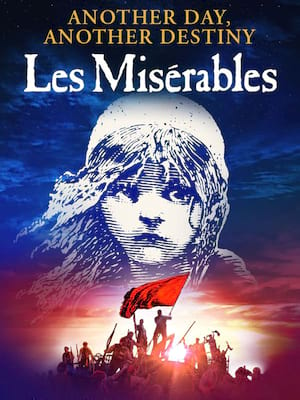