What Did The Critics Think of Tom Stoppard's Leopoldstadt?

Now playing at the Wyndham's Theatre

Tom Stoppard's genius has returned to the West End in his new, and perhaps final, play, Leopoldstadt. Starring Ed Stoppard (Tom's son), Adrian Scarborough and Faye Castelow, what did the critics think of the legend's latest offering?

In short, they loved it! The Telegraph dubbed the piece as "unforgettable" and a "play from the heart" with The Stage calling it a "supremely moving new work from the country's greatest living playwright".

The New York Times said, " 'Leopoldstadt' feels like an act of personal reckoning for its creator - with who he is and what he comes from. It's not difficult to see 'Leopoldstadt' as one man's passionate declaration of identity as a Jew". They continued with, " 'Leopoldstadt' is a group portrait, and one of uncommon density... The 40-strong cast is, to a person, very good, and they embody their characters with spikey defining detail."

The Daily Mail mirrored the praise and called Leopoldstadt a "glittering triumph"! They continued their praise with, "The staging is superb while the direction by Patrick Maber is simply splendid... Perhaps all one can do is sit back and enjoy the tremendous performance from [Adrian] Scarborough; a formidable actor who is the utter star of the show, the anchor in the sea of despair."

What is Leopoldstadt about?

Leopoldstadt is a look at the titular old Jewish Quarter in 1900 Vienna, after an influx of population after the Emperor, Franz Joseph, permitted the Jewish people in his country full civil rights a generation before. Centering on one family at the heart of the community - their lives, loves, passions and complexities as they contribute to the vibrant society growing around them -  expect typical Stoppardian wit and observation, wordplay and sweeping drama from this exciting new epic. 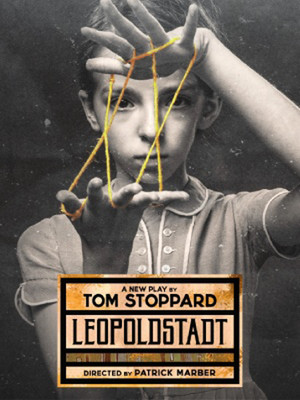