The Royal Albert hall opened its doors and welcomed in the biggest British theatre celebration of the year, the Olivier Awards 2022! After missing a year due to the pandemic, the ceremony pulled out all the stops on Sunday night.

Hosted by Jason Manford, who immediately broke the ice and created a cheerful atmosphere thanks to his material gained from the Oscar ceremony "I'm a comedian, and this is an awards ceremony, and those two things have not gone down well together lately". Manford managed to keep the ball rolling from start to finish and was a needed asset to the Olivier's after a year of egg-shells for the theatre industry.

Cabaret made the Royal Albert Hall stage their home, bagging seven of their 11 Olivier Award nominations, with Redmayne taking home the Best Actor in a Musical award. His acceptance speech had him reflecting on the time he performed Cabaret as a kid in school and it was the thing that fueled his passion for theatre - and for that Cabaret, we thank you!

Life of Pi received nine nominations and went on to take home five of them including Best New Play and the show's star Abeysekera receiving the Best Actor award. In his acceptance speech he payed tribute to his home country Sri Lanka and was overwhelmed to win the award.

A DeLorean was spotted parked outside the Royal Albert Hall (who knows what year it just came from), but one thing that's for sure is it will be driving home with an Olivier Award for Best New Musical. Colin Ingram, who accepted the nights most competitive category award claimed he wasn't expecting it! It goes to show that eight years of work definitely pays off.

The revival of Constellations celebrated Sheila Atim who won Best Actress. Her acceptance speech reflected on the adversity the theatre industry went through in the last couple of years and how we've all managed to pull through and face it head on. A speech very well said.

Frozen, Cinderella and 2:22 A Ghost Story just missed out on their awards but it won't slow down their success or sell-out performances. 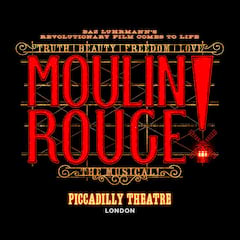 Get Up, Stand Up! The Bob Marley Musical

Read more Buy tickets
You know the drill, websites need cookies to make them work. Details of how we do it here. Hello! It's probably obvious, but we need to let you know that we use cookies to enable us to run this website and for it to actually work! You can find lots more detail in our Cookie Policy.
Got it!