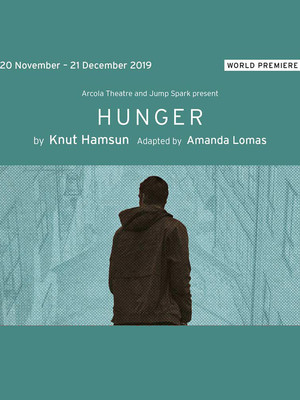 A bold adaptation of the incredible novel.

Knut Hamsun's Nobel Prize-winning novel comes to life on stage at the Arcola Theatre this winter. Based on Hamsun's own experiences of poverty, before he became one of Norway's most celebrated authors, Hunger is a timely play about one man's search for humanity. Directed by Fay Lomas, don't miss this touching and revolutionary new production.

A young man moves to the big city with the hope of becoming a writer, little does he know that the unwelcoming city will leave him with no friends and no friends. Not only does he begin to fight for survival but this young man must fight to keep his spirit and dreams alive.

Seen Hunger? Loved it? Hated it?

Sound good to you? Share this page on social media and let your friends know about Hunger at Arcola Theatre.