Sorry! You missed Meet Me At Dawn at Arcola Theatre 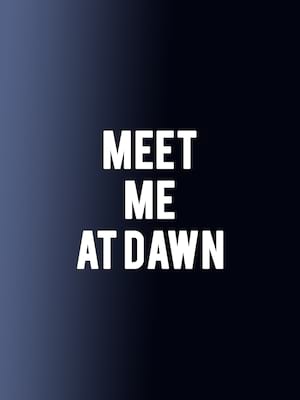 Meet Me At Dawn

Why See Meet Me At Dawn?

Modern fable meets myth in the London premiere of Zinnie Harris' Meet Me At Dawn, showing at the Arcola Theatre this autumn. Based on the story of tragic lovers Orpheus and Eurydice, the show won much acclaim during its world premiere run at the Edinburgh Fringe in 2017 thanks to its lyrical examination of the enduring nature of everyday love, the danger of escapism and the delicate mysteries of grief.

When Helena and her girlfriend find themselves stranded on a deserted island after a cataclysmic boating accident, they're at first glad that at least they have each other. But as fantasy and reality collide, they realize the island is not what it seems and the lines between life and death become irrevocably blurred.

Seen Meet Me At Dawn? Loved it? Hated it?

Sound good to you? Share this page on social media and let your friends know about Meet Me At Dawn at Arcola Theatre.