Sorry! You missed Measure for Measure at Barbican Theatre 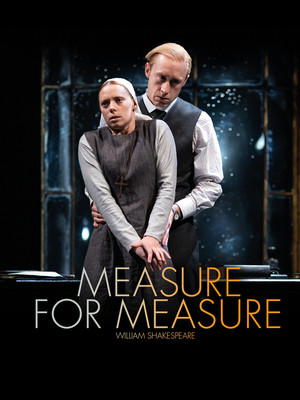 It is easily the best Shakespeare production of the Stratford summer.

Why See Measure for Measure?

Following a critically acclaimed run at the Royal Shakespeare Theatre in Stratford-Upon-Avon, RSC artistic director Gregory Doran's visceral iteration of Measure For Measure lights up the Barbican Theatre stage for a strictly limited two month run at the end of 2019. An electrifying battle between spirituality and secularism, the production has been hailed the jewel in the crown of the RSC's summer programming thanks to its revolutionary new staging.

Transporting the on stage tensions from the early 1600s Vienna to 1900s Vienna, where glittering waltzes and the toast of Art Nouveau society hides corruption and hypocrisy. The story centres around the fate of Claudio, newly imprisoned by an over-pious, seemingly virtuous acting leader of the city Lord Angelo for impregnating his lover Juliet out of wedlock. Claudio's sister Isabella, a novice nun, faces a dilemma of moral proportions when she asks Angelo to save her brother from the executioner's block and Angelo propositions her in return for his freedom.

Seen Measure for Measure? Loved it? Hated it?

Sound good to you? Share this page on social media and let your friends know about Measure for Measure at Barbican Theatre.