Sorry! You missed The Taming of the Shrew at Barbican Theatre 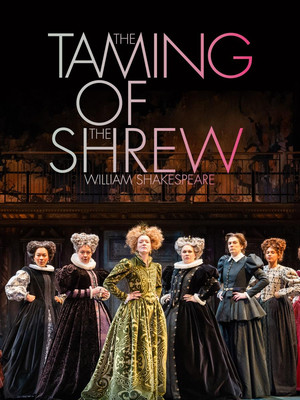 The Taming of the Shrew

Why See The Taming of the Shrew?

A Bold New Take On The Shakespearean Classic

It's the age-old battle of the sexes but not as we know it! The RSC brings this bold new revamp of The Bard's audacious tale of gender, societal roles and disguise to North American shores this year. Justin Audibert's reimagined version reverses the roles between men and women, placing nearly 70 percent of the lines originally written for men in the hands of an ensemble cast of fierce female performers.

The action is transported to the late 1500s, but in an alternative universe where the Elizabethan era is ruled by women, the new dominant gender. All the male roles are played by women and now the original tale of a husband's subjugation of his wife is reframed as a woman taming a man. Bolstered by a 'renaissance rock' score by Ruth Chan, the story follows matriarch Baptista Minola and the ensuing chaos after she decides to sell off her son Katherine to the highest (lady) bidder.

Seen The Taming of the Shrew? Loved it? Hated it?

Sound good to you? Share this page on social media and let your friends know about The Taming of the Shrew at Barbican Theatre.