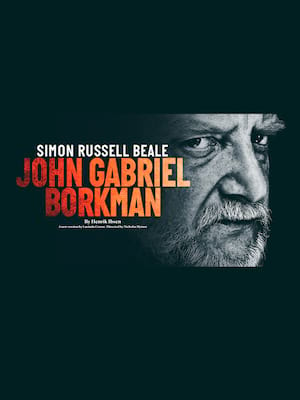 Ibsen's penultimate play is a magnificently spacious work of art. It can be seen as a ruthless self-portrait, a Marxist attack on capitalism, a Freudian study in twisted passion.

A Powerful Portrayal Of Capitalist Greed

The Bridge continues its 2020 season with the Father of Realism's penultimate masterpiece John Gabriel Borkman. Written in 1896, Ibsen's scorching exploration of rampant nineteenth century capitalism is rarely performed but all to relevant thanks to its portrayal of selfish ambition and the wrecking power of greed.

Olivier Award-winner Simon Russell Beal plays the titular character. Once a great man, with wealth, power and reverance at his fingertips. But all that glitters is not gold... Instead of choosing love in his youth, he chose success in business instead and was handsomely rewarded. Later in life, he falls into disgrace and destitution after financial scandal and a stint in jail. Pacing his chambers, he plots his return, whilst his wife Gunhild does the same. The arrival of Gunhild's twin sister Ella, the woman he gave up for money, brings old hurts and resentments bubbling to the surface.

Sound good to you? Share this page on social media and let your friends know about John Gabriel Borkman at Bridge Theatre.