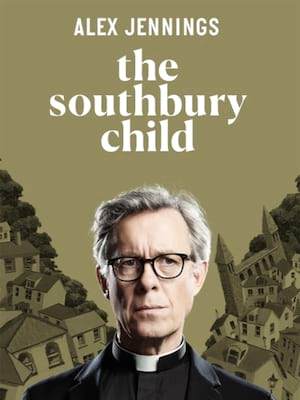 Why See The Southbury Child?

Alex Jennings makes his Bridge Theatre debut in this fierce new black comedy from Stephen Beresford, directed by Nicolas Hutner. An exploration of faith, tradition, family, and tolerance, Jennings is David Highland, an unconventional drunk Vicar with a rakish charm, leading his remote parish through a combination of charm and perseverance.

But when he makes a faith-based decision to tell a bereaved parishioner that they can't have Disney themed ballons at a family funeral, the dominoes in his life begin to fall, beginning with his marriage and spreading quickly to his community, leaving him an outcast, questioning his faith and at the mercy of society's savagery and rituals that dominate our lives.

Enjoy watching Jennings unravel in this sharply comic exploration of faith and its place in today's world.

Seen The Southbury Child? Loved it? Hated it?

Sound good to you? Share this page on social media and let your friends know about The Southbury Child at Bridge Theatre.