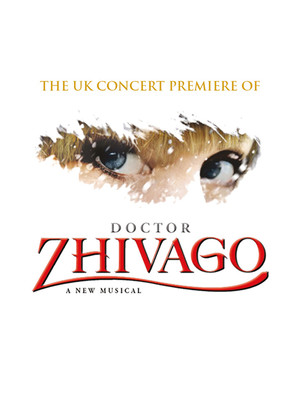 A bittersweet epic of romance and revolution that sweeps through Russia from 1903 to World War II, Doctor Zhivago has long been ripe for a musical adaptation. After a run on Broadway in 2015, the production with a book by Michael Weller, music Lucy Simon, and lyrics from Michael Korie and Amy Powers comes to London this autumn for a spectacular concert staging starring Ramin Karimloo (Les Miserables) and Celinde Schoenmaker (Phantom of the Opera). Based on Boris Pasternak's 1957 novel, enjoy the extraordinary tale of doctor and poet Yurii Zhivago and the fearless Lara Guishar, whose connection to each other only grows stronger in the face of loss, terror and crashing change.

Running for two performances only at Cadogan Hall, let's hope this fleeting visit is just the beginning of a much longer stay in the capital.

Boris Pasternak's novel is known for its immensely intricate and detailed plot and conforms to the Russian tradition of referring to characters by many nicknames. In brief, DV is the story of Yuri, a young boy orphaned and sent to live with a wealthy family after his parents die. He grows up and goes on to marry the daughter of the house, Tonya, who becomes a loyal wife. At the same time, Lara is in a tumultuous relationship with an older man, who she tries to assassinate at a party.

Saved from herself by Pasha, a young idealist, she marries him, only for the changing state of Russia to transform him into a cold and terrifying fighter in the war. Whilst searching for him, she enters the battle as a nurse, where she meets Yuri Zhivago and falls for him, starting a romance that spans distance, years and survives when no one can be truly sure of their fate...

Sound good to you? Share this page on social media and let your friends know about Doctor Zhivago at Cadogan Hall.