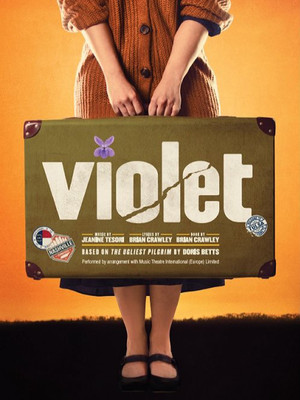 A Quest For Acceptance

After a successful and award-winning Off-Broadway premiere, the revival of Violet on Broadway that followed received four Tony Award nominations. Featuring music by Jeanine Tesori and libretto by collaborator Brian Crawley, Violet is a musical based on the short story 'The Ugliest Pilgrim' by Doris Bett. It tells the moving story of a young girl on a journey she hopes will transform her both physically and emotionally. The piece is an international co-production with Umeda Arts Theatre in Japan and is helmed by Japanese director, Shuntaro Fujita. Violet will premiere in the UK at the Charing Cross Theatre before transferring to Tokyo.

What Is Violet About?

A young girl - the eponymous Violet - on a bus trip in 1964, grapples with shame and self-doubt after a childhood accident left her with a deep facial scar. She begins her journey across the country to track down a televangelist she believes can pray away her affliction. Feeling on the outside of the world around her, Violet hopes this journey will transform her life. Unlikely friendships are formed with fellow passengers, and two soldiers on the bus, Monty and Flick, take her under their wing. Shaped by the reactions of the people she has encountered throughout her life, Violet finally learns how to deal with being an outsider, about true beauty, hope, courage and love.

Seen Violet? Loved it? Hated it?

Sound good to you? Share this page on social media and let your friends know about Violet at Charing Cross Theatre.