Sorry! You missed La Clique at Christmas in Leicester Square 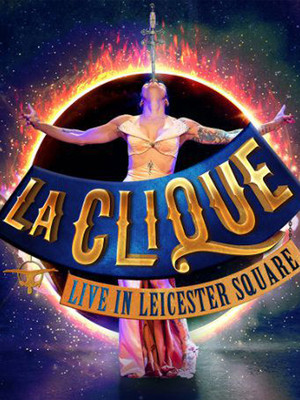 A night of naughtiness and laughter with La Clique!

The Alternative Christmas Show You've Been Waiting For!

Following a world tour which gained international acclaim, and a decade on from winning an Olivier Award for Best Entertainment, the multi-award-winning La Clique makes its return to the West End with a collection of extraordinary artists. Featuring the very best of Circus entertainment, cabaret, comedy and contemporary Vaudeville. If a night of laughter and naughtiness is one of your Christmas wishes, then La Clique is the place to be.

Recommended for over 16's. Those under 16 must be accompanied by a responsible adult. This show contains adult content, strong language and nudity. Real fire will be used during performances.

Sound good to you? Share this page on social media and let your friends know about La Clique at Christmas in Leicester Square.