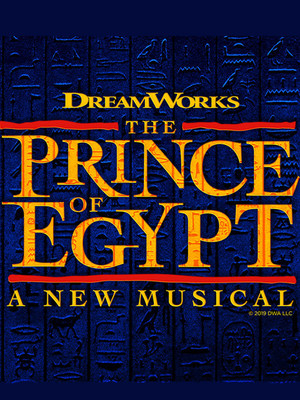 The Prince of Egypt

Moses' story told in good faith and with blistering bible-belters

Why See The Prince of Egypt?

This brand new stage musical features ten brand new songs, all courtesy of Stephen Schwartz, as it charts Moses' life from baby in a wicker basket to God's right-hand man and the release of thousands of Hebrews from slavery.

This show was amazing. My favourite thing was how they used the culture... more

I read this was a work in progress but it is so nearly there. The performances... more

Sound good to you? Share this page on social media and let your friends know about The Prince of Egypt at Dominion Theatre.