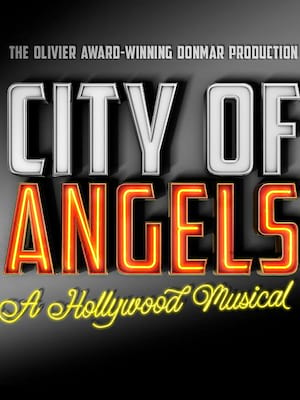 Why See City of Angels?

Five years since its revolutionary, and Olivier award-winning, run at the Donmar Warehouse Josie Rourke's scintillating revival of City of Angels will head to the West End in March. Originally written by Cy Coleman, David Zippel and Larry Gelbart, City of Angels is an ode to old Hollywood and film noir, weaving the story of a writer trying to get his novel turned into a screenplay and the fictional story of the movie itself.

What is City of Angels about?

City of Angels follows the tumultuous change in fortune of a 1940s detective novel author who sells his book to a Hollywood studio for adaptation. Whilst the resulting film is shot in black and white, he finds that his life becomes all-too colourful as the excesses of Tinseltown beckon and finally engulfs him in booze, sin, and stardom.

Please note that the images used are from the original 2014 production.

Seen City of Angels? Loved it? Hated it?

Sound good to you? Share this page on social media and let your friends know about City of Angels at Garrick Theatre.