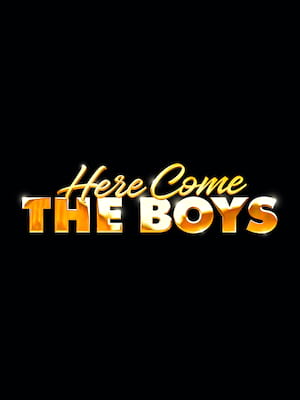 Why See Here Come The Boys?

The Boys Of Strictly Present The Perfect Girl's Night out

Calling all Strictly Come Dancing fans, and those who appreciate the thrills and chills of a good old fashioned dance-off, some of Strictly's biggest stars are joining forces during Here Come The Boys. A spectacular collision of dance-floor-filling club anthems, incredible dance moves, and plenty of guilty pleasures, the hotly anticipated production features none other than Aljaz Skorjanec, Pasha Kovalev, Robin Windsor and Graziono di Prima, with CBBC personality and finalist Karim Zeroural set to host.

Running for sixteen weeks on the West End, an evolving ensemble cast will help bring the explosive kinetic action to the stage. The show returns after a sold-out run last year, and makes a stopover at the Garrick Theatre before heading back out on tour across the UK. Expect double entendres, sultry moves and moves that would make Magic Mike blush.

Seen Here Come The Boys? Loved it? Hated it?

Sound good to you? Share this page on social media and let your friends know about Here Come The Boys at Garrick Theatre.