Sorry! You missed Noises Off at Garrick Theatre 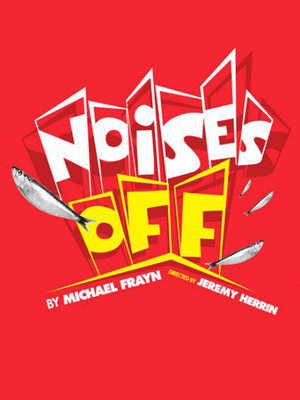 Why See Noises Off?

Comedy fans rejoice as Michael Frayn's fantastic farce returns to the West End this autumn for a run at the Garrick Theatre, directed by Jeremy Herrin (Wolf Hall, Labour of Love). A love letter to backstage chaos and the utter unpredictability of theatre, it's been a classic since its 1982 premiere. Faithfully updated by Frayn for each iteration, it remains fresh and funny for each new audience!

Don't miss your cue - the story of Noises Off

A hopeless troupe of British actors are set to star in a production 'Nothing On', a rather desperate sex farce that touring small seaside towns in the UK. From the disastrous rehearsal to the equally disastrous final performance, nothing quite goes right for the amateur thespians. The set is falling apart, props keep popping up in the wrong place and everyone keeps falling over. Added to this are the number of extramarital affairs going on backstage and petty grievances which spring up between the players. As the final curtain rises, many of the actors are more concerned with laying traps for their despised colleagues than remembering their lines.

Images from the Lyric Hammersmith production - casting for this run TBC

Seen Noises Off? Loved it? Hated it?

Sound good to you? Share this page on social media and let your friends know about Noises Off at Garrick Theatre.