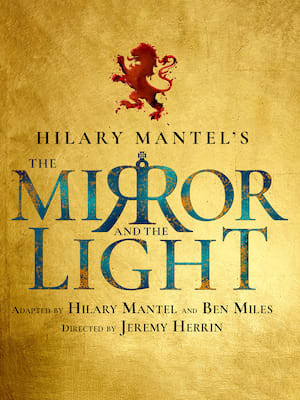 The Mirror and the Light

The further you climb, the harder you fall

Why See The Mirror and the Light?

Hilary Mantel's award-winning trilogy may have come to an end on the page, but fear ye not, The Mirror and the Light, the final novel is to be translated to the stage this winter, courtesy of the Royal Shakespeare Company. With Ben Miles reprising his role as machiavellian Chief Minister to Henry VIII, Thomas Cromwell, (and also co-adapting alongside Mantel), and Nathaniel Parker back as the ultimate Tudor monarch, The Mirror and the Light is sure to repeat the same positive impact of the Wolf Hall and Bringing Up The Bodies stage adaptations, as THE play of the season.

If you cannot speak truth at a beheading, when can you speak it?

Anne Boylen is set to be executed and the self-made Chief Minister to Henry VIII is on borrowed time. Spanning the years 1536 - 1540, The Mirror and the Light casts Cromwell as both statesman and family man, reflecting on his years as one of Britain's most influential (and feared) politicians. With his own reckoning on the horizon, Mantel fills in his final days, deftly rounding out the intriguing rise and fall of this fascinating historical figure.

Directed by Jeremey Herrin, The Mirror and the Light follows both Wolf Hall and Bringing Up The Bodies and is likely to match both productions for audience, critical and awards success.

Seen The Mirror and the Light? Loved it? Hated it?

Sound good to you? Share this page on social media and let your friends know about The Mirror and the Light at Gielgud Theatre.