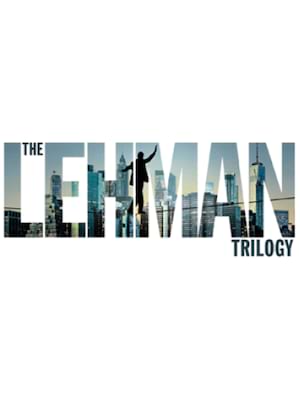 This real-life drama plays out with poetic intensity

Why See The Lehman Trilogy?

After its sell-out success in both London and on Broadway (where it won five 2022 Tony Awards), this landmark play returns to the West End, eying an early 2023 bow. Adapted from Stefano Massini's vast and poetic play, Ben Power's The Lehman Trilogy depicts the journey of one group of men as they create one of the world's most powerful banks and, in turn, one of the world's largest financial crashes.

From the brother's first steps on American soil in 1844 to the collapse of their vast banking conglomerate on September 15, 2008, The Lehman Trilogy takes us through the highs and lows of one of the world's most powerful families.

What is The Lehman Trilogy about?

A show depicting the successes and failures of three generations of Lehmans, beginning with Henry, Emanuel and Mayer, who came from Bavaria and settled in Alabama to make their fortune. The immigrant brothers and their descendants live a story of capitalism; they grapple with a rapidly changing society - one in demand of cotton, coffee, and railways - the next cigarettes, televisions and oil, navigating all the way up to their legacy's collapse into bankruptcy.

The saga of the Lehman brothers is a glimpse into the American dream; a fresh start in a country where anyone willing to demonstrate talent and inventiveness can have it all, but also in which over only a few turns can reverse fortunes and destinies. It charts the transformation of a family's identity, and with the trilogy staged over an extended period of history, it may well entice you to reflect on your own connections to the past.

Seen The Lehman Trilogy? Loved it? Hated it?

Sound good to you? Share this page on social media and let your friends know about The Lehman Trilogy at Gillian Lynne Theatre.