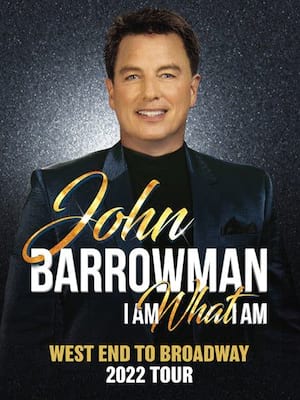 It's the most wonderful time of the year with John Barrowman!

International star, John Barrowman, returns to tour the UK this Christmas as he presents his brand new festive album, A Fabulous Christmas. Featuring a whole host of your favourite Christmas classics, and perhaps some original holiday hits, A Fabulous Christmas will be Barrowman's first Christmas album (shocking)! Don't miss your chance to see the iconic personality live on stage, doing what he does best...entertaining you!

John Barrowman is easily one of the most familiar faces on British television and the West End stage. Best known for playing Captain Jack Harkness in the BBC series' Torchwood and Doctor Who, he has also been a judge on the award-winning BBC entertainment shows How Do You Solve A Problem Like Maria? and Any Dream Will Do.

More recently Barrowman took part in ITV's mega-show I'm A Celebrity Get Me Out Of Here...! and will be a judge on the upcoming season of Dancing on Ice.

Alongside his TV and stage work, John has released eight studio albums, enjoying great commercial success and reaching the top spots of the UK charts.

Sound good to you? Share this page on social media and let your friends know about John Barrowman at Eventim Hammersmith Apollo.