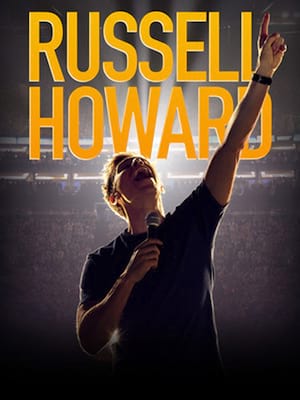 he has grown darker, angrier and more satirical on stage. His sets deal with everything from foreign policy to his fear of death, and he rages as much as he teases

Russell Howard is back with a brand new tour in 2020! One of Britain's most successful comedians, he will be once again making you squirm with his inimitable, sometimes rude, yet always springy, cheerful comedy. With his impish personality and his boy-next-door smile, he creates joy from everyday observations and is never afraid to poke fun at the news, and those who make it.

First coming to mainstream attention as a regular face on panel shows such as Mock The Week, Never Mind the Buzzcocks, 8 of 10 Cats and more, the Bristolian has spent the last decade rising to his place as one of the country's most beloved comics. Now, seven years on from his prestigious win of 'Weird Crush of the Year 2013', he's finally entered stratospheric territory, with this new tour taking him across the UK and the world!

Sound good to you? Share this page on social media and let your friends know about Russell Howard at Eventim Hammersmith Apollo.