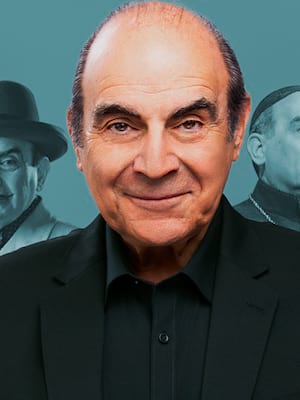 Why See David Suchet: Poirot and More, A Retrospective?

An Evening with Sir David Suchet

Distinguished actor and creator Sir David Suchet is ready to reminisce on his five-decade career as he brings his acclaimed show, the titular Poirot and More, A Retrospective to London following tours of Australia, New Zealand, and the UK.

From his unforgettable turn as Poirot to his recent wonderful performance as Lady Bracknell on the West End, Sir David is one of the pre-eminent actors of his generation and a national treasure to boot. Alongside his biographer Geoffrey Wansell, he'll be tapping into his fantastic body of work, providing a mixture of performance and conversation. Expect a fascinating evening where you'll get to meet some of his key characters, discover his history and learn what really makes him tick.

Seen David Suchet: Poirot and More, A Retrospective? Loved it? Hated it?

Sound good to you? Share this page on social media and let your friends know about David Suchet: Poirot and More, A Retrospective at Harold Pinter Theatre.