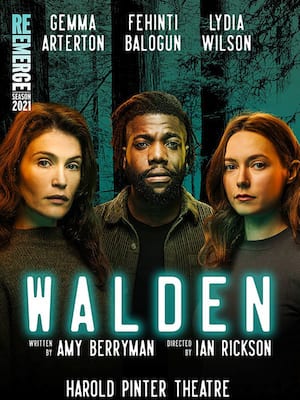 After what has been such a devastating year for so many it fills me with the greatest joy and hope to announce RE:EMERGE, an SFP Season of bold, new work for a bold, new world as we begin to build back to the full reopening of British Theatre

After returning from a year-long Moon mission, Cassie, a NASA botanist, finds herself in a remote cabin in the woods, where her estranged twin sister, Stella, a former NASA architect, has found a new life with climate activist Bryan. Old wounds resurface as the sisters attempt to pick up the pieces of the rivalry that broke them apart.

Sound good to you? Share this page on social media and let your friends know about Walden at Harold Pinter Theatre.