Sorry! You missed A Fight Against at Jerwood Theatre Upstairs 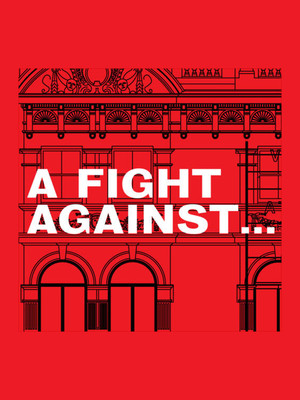 Pablo Manzi's darkly comic odyssey across the Americas explores whether violence brings us closer together and what it takes to walk past on the other side of the street.

Why See A Fight Against?

Originally developed during a residency at the Royal Court Theatre in 2017, Chilean playwright Pablo Manzi's arresting dark comedy A Fight Against returns to the venue during a fully fledged production as part of the RCT's summer 2020 season programming.

Exploring violence, its often unexpected aftermath, isolation and the antidote of human contact, A Fight Against sweeps across the Americas and unites a cast of radically different people. A Chilean lecturer, an Argentinian torture expert, a Mexican hangman, a study group in the USA and a woman in Paraguay who can't stop dancing are irrevocably linked in an eye-opening contemporary drama that's simply not to be missed.

Sound good to you? Share this page on social media and let your friends know about A Fight Against at Jerwood Theatre Upstairs.