Sorry! You missed The Bridges of Madison County at Menier Chocolate Factory 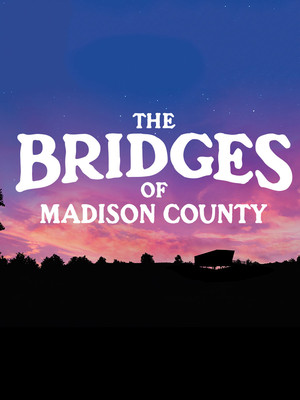 The Bridges of Madison County

Why See The Bridges of Madison County?

Trevor Nunn returns to the Menier Chocolate Factory this summer to present the U.K premiere of this musical adaptation of Robert James Waller's bestselling novel. A tearjerker that'll hit you right in the feels, The Bridges of Madison County follows Italian-American housewife Francesca, whose life is turned upside down by chance encounter with a handsome photographer for National Geographic. So grab your tissues and let this wonderfully received musical from Marsha Norman and Jason Robert Brown sweep you off your feet!

Premiering on Broadway back in 2013, in a Tony-winning production directed by Barlett Sher, the show has since enjoyed success across touring North America. Now with Sir Nunn and West End favourite Jenna Russell at the helm, we're sure us Brits are in for an exquisite, bittersweet romantic treat.

Loyalty and desire collide violently in this musical adaptation of Robert James Waller's famed novel. The story follows the romance between Francesca, a lonely and isolated Italian-American housewife in Iowa, and National Geographic photographer Robert who becomes lost whilst shooting the county's bridges and stumbles into her home.

Taking us back to 1965, Bridges explores the nature of our own romantic decisions through the avatars of Francesca and Robert. Although their connection is undeniable, what will the consequences of their passionate affair bring to those around them?

Seen The Bridges of Madison County? Loved it? Hated it?

Sound good to you? Share this page on social media and let your friends know about The Bridges of Madison County at Menier Chocolate Factory.