Sorry! You missed Master Harold and the Boys at National Theatre, Lyttelton 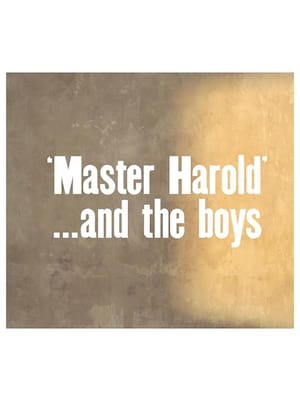 Master Harold and the Boys

Lucian Msamati, natty in white jacket and black pumps, delivers the words like a poem of possibility. He is such a wonderful actor, really one of our very best, and he is magnificent here, quietly registering every moment of feeling

Why See Master Harold and the Boys?

Deftly dissecting the racial tensions of Apartheid South Africa, Master Harold is a semi-autobiographical drama that takes place in a tea room in the coastal city Port Elizabeth, one similar to Fugard's own mother's. In the one-act play, the shop is owned by lead character Hally's mum. Young, privileged and white, Hally spends a lot of time in the company of Sam and Willie, two middle-aged African servants. Close as they may be, institutionalised racism rears its ugly head, pulling up important questions about the legacies it leaves behind.

Seen Master Harold and the Boys? Loved it? Hated it?

Sound good to you? Share this page on social media and let your friends know about Master Harold and the Boys at National Theatre, Lyttelton.