Sorry! You missed Rutherford and Son at National Theatre, Lyttelton 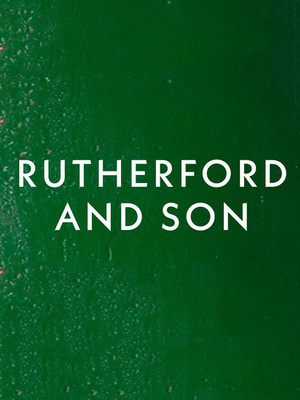 The entire cast is superb. Roger Allam gives a performance of understated intensity.

Why See Rutherford and Son?

A piercing look at power and family

Premiering the same year as the Titanic went down, Githa Sowerby's Rutherford and Son now enjoys a large-scale revival courtesy of Polly Findlay and the National Theatre. Led by Roger Allam as the titular factory owner Rutherford Snr, prepare to be transported back in time to the Industrial North where his iron fist and own family's dysfunction threatens to destroy a hard-won legacy.

Marking his first NT appearance in a decade, Allam shines as the manipulative patriarch, undermined by his children's wayward decisions, especially that of his heir John, who has turned his back on the family business in favor of marrying beneath his station. As Rutherford tries to tighten his hold over his offspring's ambitions and his glass-making factory, it soon becomes clear that these cracks can't be papered over.

Searing and atmospheric, Sowerby's play was inspired by her own upbringing in Gateshead and marked her as one of the first female playwrights to find success on the London stage.

Two hours and 35 minutes with one interval

Seen Rutherford and Son? Loved it? Hated it?

Sound good to you? Share this page on social media and let your friends know about Rutherford and Son at National Theatre, Lyttelton.