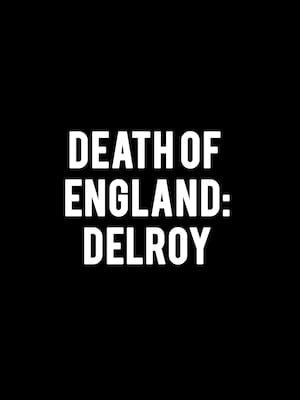 The National Theatre in London is to welcome back audiences for the first time since March with a new play whose main character asks himself: "How British am I as a black man?"

Why See Death of England: Delroy?

The National Opens With The Searing Sequal to Death of England

Opening its doors to the public for the first time since March, the National Theatre relaunches its 2020 season with the hotly anticipated sequel to the critically acclaimed Death of England. Written by Clint Dyer and Roy Williams, Death of England: Delroy opens at the Olivier Theatre in October and marks the first full-scale production by Black British dramatists to play at the historic venue.

Starring Olivier Award-winner Giles Terera, who last wowed audiences as Aaron Burr in the original West End production of Hamilton, the thought-provoking monologue is a timely and explosive return. It's exploration of race and the human psyche centres on Delroy, a character referred to in the original production, who wrestles with what it means to be British and black in a progressive, but not progressive enough world.

Seen Death of England: Delroy? Loved it? Hated it?

Sound good to you? Share this page on social media and let your friends know about Death of England: Delroy at National Theatre, Olivier.