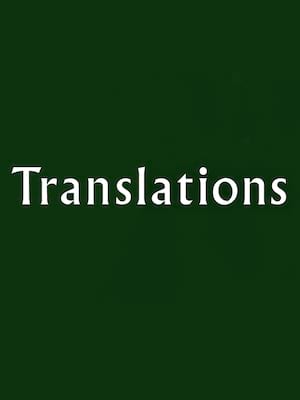 A flawless production. A culture-clash masterpiece.

Starring Ciaran Hinds and Fra Free and directed by Ian Rickson, Translations transports us to Donegal in 1833 where a team of English soldiers set out to trace the area for the first Ordnance Survey Map, in the process replacing the traditional Irish place names with standardised English. What begins as an administrative effort soon becomes a battle of culture and community, mirroring the fraught tension between the two countries. Leading the soldiers is prodigal son Owen, returned from Dublin, fancying himself a cosmopolitan, much to the disappointment of his father Hugh, the local schoolmaster.

Said by Friel to be a play about language, Translations is much more, a vital portrait of an age-old struggle.

Two hours and 30 minutes with one intermission

Seen Translations? Loved it? Hated it?

Sound good to you? Share this page on social media and let your friends know about Translations at National Theatre, Olivier.