Sorry! You missed How the Grinch Stole Christmas at New Wimbledon Theatre 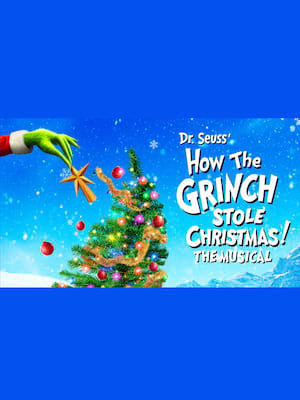 How the Grinch Stole Christmas

A rollicking Christmas romp that'll melt even the frostiest hearts!

Why See How the Grinch Stole Christmas?

The Broadway Smash Comes To The UK

If tinsel breaks you out in hives and the thought of donning a festive jumper for the yearly festive family picture makes you think 'bah humbug!', then why not commiserate with the verdant green Dr. Zeus creation The Grinch!? In news that may make your heart grow a size bigger or two, smash-hit Broadway production How The Grinch Stole Christmas embarks on a UK tour this holiday season, kicking things off with a weekend at London's New Wimbledon Theatre.

Originally conceived by three-time Tony Award-winning director Jack O'Brien, and writing team Mel Marvin and Timothy Mason, the production is a riot of colour, song, and dance that will leave even the scroogiest of punters in high spirits. Narrated by Max the dog, the Grinch's faithful hound, the story follows the titular curmudgeon as he sets about stealing Christmas from the contemptible, wholesome Whos. Whimsy, laughter and musical magic await!

love it from start to the end, very good show well done to the guy who... more

Sound good to you? Share this page on social media and let your friends know about How the Grinch Stole Christmas at New Wimbledon Theatre.