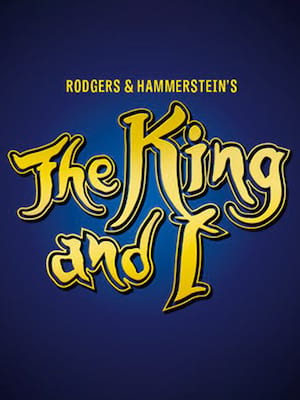 Graphics, images and photos are property of the production

The King And I

It's great to see one of Rodgers and Hammerstein's most complex works reappraised: opulently, intelligently and with love.

Why See The King And I?

Following a triumphant and award-winning runs on Broadway and on the West End, this Tony-winning revival is touring the UK! Don't miss your chance to see this stunning production of the Rodgers and Hammerstein classic live on stage near you!

Anna Leonowens is a widowed English teacher, who is charged with teaching the King of Siam's (now Thailand) hundred-strong royal offspring. Upon arrival in the country, Anna and her son Louis find the culture overwhelmingly different from their own, and the King himself to be a severe and strict employer. Though their relationship is initially marked by conflict and tension, eventually a bond begins to grow between the King and Anna that blossoms into a mutual respect and later attraction; however, can they both overcome their clash of cultures and propriety for the sake of love?

Getting to know The King and I - A brief history

When The King and I originally opened in March 1951, Rodgers and Hammerstein both had serious doubts. Originally joking that audiences were only coming to see if it was better than their previous hit South Pacific, the immediate response allayed their fears. The King and I went on to become an overnight hit, and has played to audiences from Broadway to Bangkok, while its film adaptation, famous for Yul Brenner's commanding performance opposite Deborah Kerr in her voluminous ball-gowns, won five Academy Awards.

Suitable for ages 10 years and older

Two hours 55 minutes including an interval

Jose Llana as The King

Amazing show, great costumes and wonderful singing. This is a show not... more

Sound good to you? Share this page on social media and let your friends know about The King And I at New Wimbledon Theatre.