Sorry! You missed The Inheritance Part One at Noel Coward Theatre 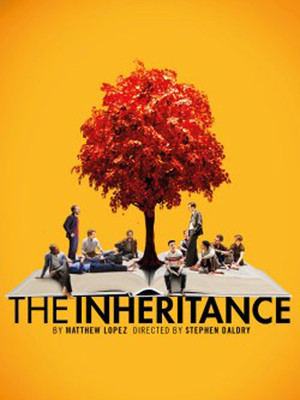 The Inheritance Part One

To be seen, and not just for the sake of it.

Why See The Inheritance Part One?

This page is for booking tickets to Part One of The Inheritance, be sure to head over and book Part Two Here

After a stellar run at London's Young Vic, Matthew Lopez's trailblazing and epic two-parter, The Inheritance, makes its way to the Noel Coward Theatre for its West End transfer. From the playwright that brought you The Whipping Man, and Reverberation, this new work is a touching drama about New York's LGBT community. Stephen Daldry returns to direct with much of the original Young Vic cast also making the transfer.

With both parts running over three hours you can choose to see the production in one day or over consecutive evenings.

What is The Inheritance about?

It was 1983 when the AIDS crisis reared its head in New York's flourishing gay scene, causing worldwide panic and mistrust towards gay men. Now a whole generation has passed after the countless deaths caused by the cruel disease; Lopez's poignant and tear-jerking drama examines the legacy of gay men today in New York, where reminders of the epidemic are still all-too real. Centred on a young man who finds love unexpectedly, and who also has to see his friend suffer and die from AIDS, this heart-rending work will have you reaching for the tissues.

Go and see The Inheritance. It doesn't matter what or who you identify as, this is one of the decade's most important masterpieces.

Most (good) reviews begin by extolling the virtues of a show and then maybe move into a potted summary, but I'm just not sure that would capture the gravity of experiencing what has already been hailed as one of the decade's most important new masterpiec

Sound good to you? Share this page on social media and let your friends know about The Inheritance Part One at Noel Coward Theatre.