Sorry! You missed Toruk - The First Flight at O2 Arena 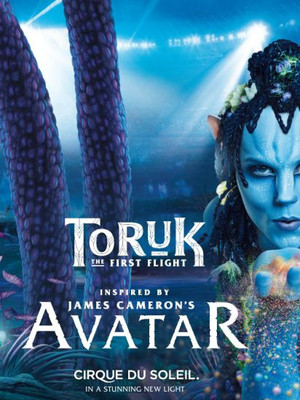 Toruk is breathtaking from start to finish

Why See Toruk - The First Flight?

A New World of Possibility

Known for their magical performances and visually stunning shows, Cirque du Soleil return to London in 2019 with their latest masterpiece, Toruk - The First Flight. Inspired by James Cameron's epic Avatar, Toruk invites you to the magical world of Pandora in this breathtaking new spectacle.

With the genius of Cameron himself watching over the production, Cirque du Soleil take their performance further than ever before. With dazzling and intricate sets, death defying acrobatics and puppets that will have to be seen to be believed, Cirque du Soleil invite you to embark on a journey of discovery, stepping into a new world of imagination and possibility.

My Wife bought us tickets for this for my birthday as I’d seen Cirque... more

Sound good to you? Share this page on social media and let your friends know about Toruk - The First Flight at O2 Arena.