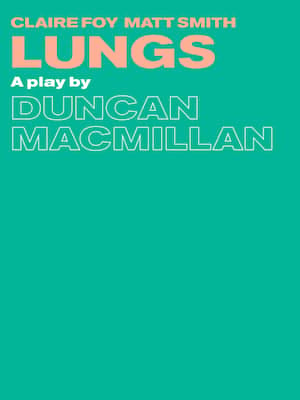 A brilliant picture of flawed love, set in a flawed planet

West End royalty Claire Foy and Matt Smith are treading the Old Vic's boards once more! But this time, they'll be bringing the best of their staged performance of Lungs direct to your screen. Playing to an audience of 1,000 virtual viewers each night, the acclaimed pair of performers reprise their role as a couple facing a crisis of conscience.

LOVE IN THE TIME OF CLIMATE CHANGE

One of prolific English playwright Duncan MacMillan's seminal works, Lungs received much critical acclaim during its London 2019 run and was set for a Broadway bow in early 2020. It chronicles the emotional and often hilarious interactions of a 21st-century couple wrestling with the idea of bringing up a child in a world beset by political and environmental unrest.

All tickets offer the audience the same view, with all proceeds going towards the support of the Old Vic.

All performances will have the option to turn on live captions and audio description.

Seen Lungs? Loved it? Hated it?

Sound good to you? Share this page on social media and let your friends know about Lungs at Old Vic Theatre.