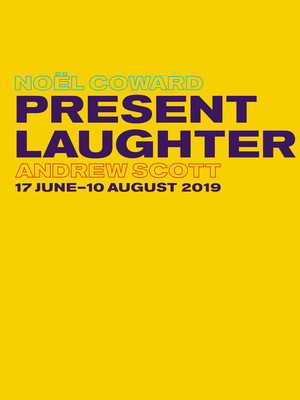 Nominated for an Olivier award for his starring role in the Almeida Theatre's production of Hamlet, Scott has become of British Theatre's most exciting actors. Seen on TV as the dark and twisted Moriarty in the BBC's Sherlock, Scott recently starred in the sold-out production of Sea Wall as part of the Old Vic's 200th birthday celebrations.

Described by Warchus as a "laugh-out-loud sex comedy with, I think, surprising depths", Present Laughter is a thrilling exploration of narcissism, celebrity worship, and loneliness.

What is Present Laughter about?

Described by Coward as "a series of semi-autobiographical pyrotechnics", Present Laughter follows self-obsessed Garry Essendine as he prepares for a tour of Africa. A series of farcical events ensue as Essendine has to juggle his estranged wife, long-suffering secretary and the women who want to seduce him, as well as dealing with his impending mid-life crisis and cope with a crazed young playwright.

a gloriously uproarious revival and one of the most watchable shows of the year.

All hail Matthew Warchus and the Old Vic for bringing some much-needed cheer into our lives with this delightfully bouncy adaptation of Noel Coward's somewhat biographical 1939 farce.

Sound good to you? Share this page on social media and let your friends know about Present Laughter at Old Vic Theatre.