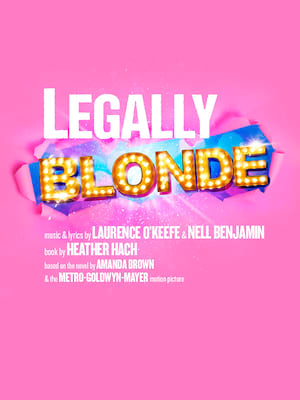 Whoever said orange was the new pink was seriously disturbed

Regent's Park Open Air Theatre's 90th season begins with a bend and snap with this brand new production of Laurence O'Keefe and Nell Benjamin's Legally Blonde - directed by SIX's Lucy Moss! Based on the iconic MGM movie, this is a 00s nostalgia-fest for everyone. Follow Elle Wood's journey from sparkly pink popular girl to kick-ass law student as she discovers she's so much more than the loser boyfriend who dumped her for not being 'serious' enough. Ugh!

Overflowing with dance numbers and catchy songs, this fabulously fun musical explodes on the stage with well-known scenes and characters, including Bruiser the Chihuahua and the Delta Nu Bond. This show is perfect for brightening anybody's day, and that's not just because it's packed with fresh design and an uplifting message, but because Elle Woods' infectiously bubbly personality is an endorphin for everyone!

Elle Woods has everything, and wants nothing more than to marry the love of her life Warner - but there's one thing stopping him from bending the knee: "Because I'm too... blonde?" Deeming her not serious enough to carry his last name, Elle sets herself a task and follows him to Harvard Law in an attempt to win him back. But whilst she is there, she discovers there's much more to her than just looks and instead ends up finding herself.

Sound good to you? Share this page on social media and let your friends know about Legally Blonde at Open Air Theatre.