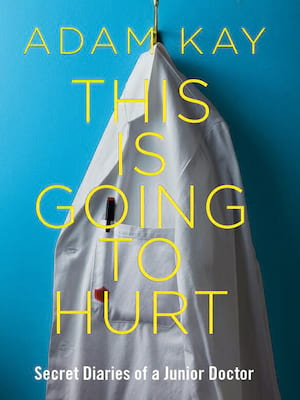 Adam Kay - This Is Going To Hurt

The diary-and-ditties combination is always entertaining; the closing cri de coeur is electrifying

Why See Adam Kay - This Is Going To Hurt?

Doctors Are People Too

One of the most famous ex-doctors in the country, comic writer and performer, Adam Kay brings his best-selling first-hand account of life as a junior doctor, This Is Going To Hurt back to London this year. The award-winning comedian reads from the diaries he jotted between endless shifts, social isolation, and vexing bureaucracy.

After handing in his stethoscope in exchange for the stage, Kay began his second career as a comedian as a member of Amateur Transplants. He has enjoyed massive online success within the niche of musical parodies, and fans have followed him to seats at the theatre with his numerous sell-out shows as testament.

What Is This Is Going To Hurt (Secret Diaries of a Junior Doctor) About?

What was born out of necessity - the requirement to submit evidence of what you've done in order to pass the next stage of medicine - comes the diary entries of a man who was then just a frustrated writer parading as a junior doctor. Kay has turned his experiences of life on and off the hospital ward into an evening of stand-up and music, recounting his former life in all its weird, wonderful and shocking detail. The piece was such a hit Kay had a book based on his anecdotes published that became a Sunday Times best-seller, and television rights have also recently been secured to bring the premise to the small screen.

Seen Adam Kay - This Is Going To Hurt? Loved it? Hated it?

Sound good to you? Share this page on social media and let your friends know about Adam Kay - This Is Going To Hurt at Palace Theatre.