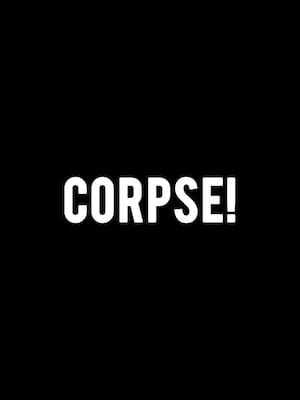 Gut-busting comedy and thrilling mystery collide in the Park Theatre's hotly anticipated revival of evergreen whodunnit Corpse! The sleeper hit premiered in New Hampshire in 1983 before hitting Broadway, London and the rest of the world during a stream of revival tours that still continue today. Don't miss this chance to see what all the fuss is about when it comes to the Finsbury Park venue in the spring of 2020.

Packed with suspense up to the rafters, Corpse! is set in London in 1963, during the abdication of Edward VIII. It follows the antics of tow vastly different twin brothers Evelyn and Rupert Farrant. An unemployed actor, Evelyn wants to marry the incredibly rich society star Rupert so that he can steal his identity and luxurious life. Throw in the services of an Irish conman named Powell. a busybody landlady and a snooping policeman and you've got the recipe for a farce to end all farces!

The actors give it their all and I was amazed at the ingenuity and inventiveness... more

Sound good to you? Share this page on social media and let your friends know about Corpse! at Park Theatre.