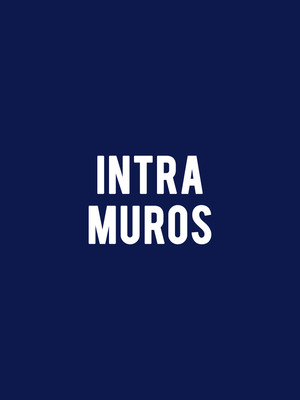 A poignant portrayal of the human condition, imprisonment and the lives behind prison walls

The UK Premiere of Intra Muros

London's Park Theatre proudly presents the UK premiere of Moliere Award-winning Parisienne playwright Alexis Michalik's darkly comic exploration of life as part of their groundbreaking international 2018/19 theatre season. Intra Muros is a poignant drama that reflects on the idea of delinquency, imprisonment and the lives encapsulated behind prison walls as told through the lens of the interactions between Richard, a director with something to prove and the only two prisoners who elect to take his prison drama classes.

Perhaps less a calling than a need for a reliable source of income, Richard's initiative with the prison is aided by a young and optimistic social worker and an actress who also happens to be his ex-wife. Together they meet Kevin, a young offender filled with blind hatred and Ange, an older man who only attends the classes to accompany his friend. At first, Richard's hammy lyrical flights fall flat, but as he perseveres and adjusts his methods, the magic of theatre starts to work, allowing all involved to reveal hidden truths, lost loves and a chance to change the course of their lives.

Sound good to you? Share this page on social media and let your friends know about Intra Muros at Park Theatre.