Sorry! You missed RAGS The Musical at Park Theatre 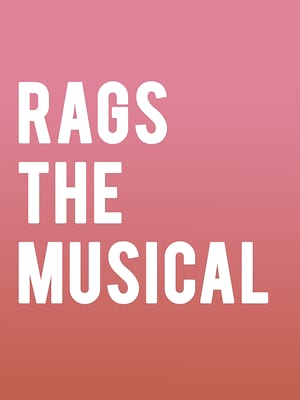 ...an unforgettable, unique and vibrant treat..

Why See RAGS The Musical?

Having illuminated Manchester's Hope Mill Theatre back in February 2019, this ravishing new production of RAGS The Musical opens the Park Theatre's 2020 season. Created by Joseph Stein (Fiddler on The Roof), Stephen Schwartz (Wicked, Godspell), Charles Strouse and revised by David Thompson, RAGS follows the story of a group of Jewish immigrants as they travel to New York in the early 20th century in search of a better life.

Focusing on a young mother and her son, it's a heart-warming yet powerful tale that highlights the struggles and strength of a community as they forge a new path to a soundtrack of evocative music and song.

Two hours and 20 minutes with an interval

What a revelation. This knocks the socks off most of the musicals currently... more

Sound good to you? Share this page on social media and let your friends know about RAGS The Musical at Park Theatre.