Sorry! You missed Sydney and the Old Girl at Park Theatre 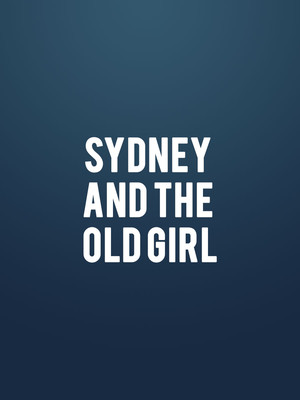 Sydney and the Old Girl

Margolyes has an ability to impose herself onstage as an immoveable force, her Dickensian sense of character, her natural hilarity and talent for the grotesque...

Why See Sydney and the Old Girl?

Margolyes stars opposite English actor Marc Hadfield as Nell and Sydney, a mother and adult son who've been living together for far too long  - their constant bickering punctuates their dreary days and one-upmanship has become an art form in which both are masters. Amidst the escalating tensions, the issue of an inheritance arises, intensifying their sitting room warfare until an Irish care work named Marion is drawn into their battle, played like a pawn from both sides. Filled with searing humour, this black-as-night comedy about mutually assured destruction marks a rare stage appearance from Margoyles and is simply not to be missed.

Seen Sydney and the Old Girl? Loved it? Hated it?

Sound good to you? Share this page on social media and let your friends know about Sydney and the Old Girl at Park Theatre.