Sorry! You missed Carole - The Music of Carole King at Richmond Theatre 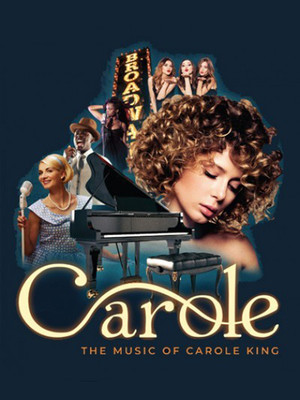 Carole - The Music of Carole King

A talented cast of actors and musicians bring Carole King's music to life!

Why See Carole - The Music of Carole King?

Discover the story of one of the 20th century's greatest singer-songwriters in this brand new show that traces the life of Carole King from a wunderkind songwriter on the streets of New York to worldwide stardom in the 1970s. Drawing on both King's own back catalogue ('I feel The Earth Move','Natural Woman' and many, many more) and some of the greatest music of the era including tunes by Aretha Franklin, The Beatles, James Tayor among others, let this exciting production take you on a toe-tapping down memory lane when it comes to town this year.

A true icon of popular music, Carole King began her work in the music industry back in 1958, with her first hit song,' Loco-motion' laying the way for a successful career at The Big Apple's Brill Building. After going solo in in 1970 with her record Writer, she followed up with 1971's Tapestry. The ultimate break-up and make-up album, it cemented her status as one of the best musicians in the 'biz, one that remains strong to this day.

Two hours and 40 minutes with an interval

Seen Carole - The Music of Carole King? Loved it? Hated it?

Sound good to you? Share this page on social media and let your friends know about Carole - The Music of Carole King at Richmond Theatre.