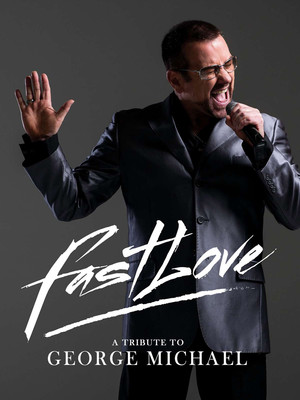 Fastlove - A Tribute to George Michael

Celebrate the life and work of the late great George Michael!

Why See Fastlove - A Tribute to George Michael?

You gotta have faith!

Following great success in the West End, the ultimate ode to the iconic George Michael heads out on a UK tour this year. Fastlove - A Tribue to George Michael invites you to indulge in your favourite George Michael hits, from the days of Wham to his innovative solo days, enjoy George's music all over again in this fabulous live tribute.

Be drawn into the transformative world of some of George Michael's best-loved songs, with hits like Careless Whisper, Freedom, Faith, Father Figure and Jesus to a Child, Fastlove has taken the country by storm with its authentic rendition of the two-time Grammy-winning, and five-time Brit Award-winning global superstar.

Gone but not forgotten

Rising to prominence in the '80s as part of the music duo Wham! George Michael became one of the best-known names in music. Later embarking on a solo career, George continued his international success with his debut solo album, Faith which garnered him a Grammy award in 1989. Although his life was often surrounded in scandal, especially in his later years, this didn't stop the icon from throwing himself into charity work and was an avid LGBTQ rights campaigner and HIV/AIDS support fundraiser.

This is a tribute show and is in no way affiliated with any original artists/estates/management companies or similar shows.

Seen Fastlove - A Tribute to George Michael? Loved it? Hated it?

Sound good to you? Share this page on social media and let your friends know about Fastlove - A Tribute to George Michael at Richmond Theatre.