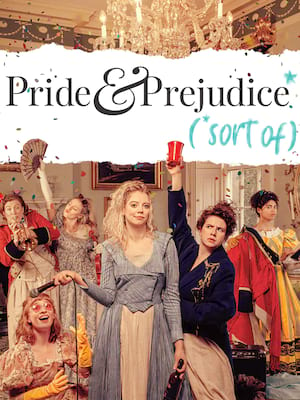 Images, graphics and logos are property of the production

Pride and Predjudice (*Sort Of)

Why See Pride and Predjudice (*Sort Of)?

it's the 1800s, it's party time, let the ruthless matchmaking begin!

Forget Bridgerton, get your regency fix from this dynamic and side-splitting Olivier-winning new adaptation (sort of) of Jane Austen's beloved epitome of the romance genre. Written by Isobel McArthur, the tale of the myriad Miss Bennetts is told with wit, irreverence, and a little bit of karaoke by an all-female cast who elevate Austen's work for a modern audience by playing multiple P&P characters. Bonnets at the ready, this is going to be a party worthy of any Netherfield ball.

Written in 1813, Pride and Prejudice is the 2nd of Jane Austen's novels and is often held up as one of the greatest love stories in literature. Whilst the romance of Elizabeth Bennet and Mr. Darcy is one worthy of the epithet, it's also important to point out that under the declarations of love that it's also often a hilarious and biting social commentary. Gender roles are important in Pride and Prejudice, as at the time, the various Bennet daughters' lives are dictated by who they marry. With security for them and their family provided only by a good (and well-moneyed) match.

Seen Pride and Predjudice (*Sort Of)? Loved it? Hated it?

Sound good to you? Share this page on social media and let your friends know about Pride and Predjudice (*Sort Of) at Richmond Theatre.