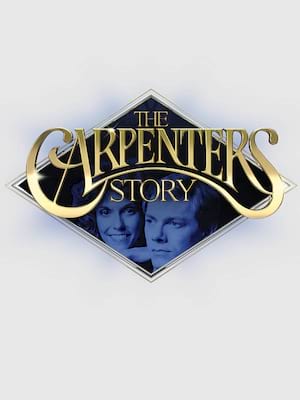 A musical journey through the glittering career of pop's most famous brother and sister duo.

Why See The Carpenters Story?

Re-live the beautiful compositions and unforgettable lyrics of beloved brother and sister duo as the iconic Carpenters Story comes to town. With a brand new tour titled Goodbye to Love, you'll be serenaded by the talents of vocalist Claire Furley and musical director Phil Alderige and the Carpenters Story Orchestra as they bring the hits to life, including Close To You, Top of the World, We've Only Just Begun, Rainy Days & Mondays and Goodbye to Love.

The story of the Carpenters

Californian brother and sister Karen and Richard Carpenter had major pop hits throughout the 1970s, particularly with the wonderfully moving songs '(They Long to Be) Close to You' and 'We've Only Just Begun.' The duo also became one of the highest-selling music groups of all time by selling over 100 million records worldwide.

Two hours and 20 minutes including interval

Seen The Carpenters Story? Loved it? Hated it?

Sound good to you? Share this page on social media and let your friends know about The Carpenters Story at Richmond Theatre.