Sorry! You missed As You Like It at Royal Shakespeare Theatre 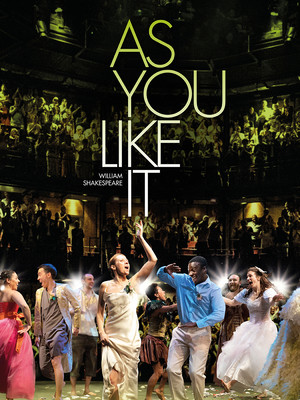 The eternal madness of desire is infectiously relayed

No RSC season would be complete without a trip into the sumptuous, miasmatic forests of our dear William Shakespeare's fertile mind. Directed by up and coming theatre maker Kimberly Sykes, a riotous new production of the Bard's classic comedy As You Like It transports audiences into the verdant magic of the woods in a whirlwind of madcap romance, cross dressing and mellifluous music!

Courtly intrigue spills out over into the natural world when the Duke Senior is ousted by his brother Duke Frederick and banished to the Forest of Arden along with his nobleman. Allowed to remain at court, Senior's daughter Rosalind incurs Frederick's wrath and escapes to the forest with Frederick's own daughter Celia. Disguised as a man, Rosalind becomes ensnared in a web of love and longing when she meets the handsome courtier Orlando, who has himself found refuge in the forest following an attempt on his life.

Seen As You Like It? Loved it? Hated it?

Sound good to you? Share this page on social media and let your friends know about As You Like It at Royal Shakespeare Theatre.