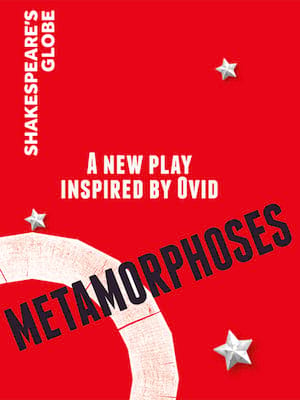 We are here to make sense of it all

Michelle Terry continues her groundbreaking tenure at the Globe Theatre with a hotly anticipated production of Ovid's Metamorphoses. Finally forming part of the 2021 season at the Globe's Sam Wanamaker Playhouse, the new staging of the poem sees resident writers Sami Ibrahami, Laura Lomas and Sabrina Mahfouz, and directors Sean Holmes and Holly Race Roughan, employ a 400-year-old method to inform the work, writing to fit it not only to the architecture of the iconic venue but to the four-member ensemble as well - replicating just what the Bard would have done in his day.

Written by the Roman poet Ovid, Metamorphoses is a truly megalithic work spanning 15 books. In it, Ovid charts the history of the world from its very creation to his own day, namely that of the reign and deification of Julius Ceasar, using a mythology-infused historical framework. Perhaps one of the most influential works in Western culture, the epic poem served as an inspiration to the likes of Chaucer, Dante Alighieri and Shakespeare himself.

Approximately 1 hour and 15 minutes with no interval

Seen Metamorphoses? Loved it? Hated it?

Sound good to you? Share this page on social media and let your friends know about Metamorphoses at Sam Wanamaker Playhouse.